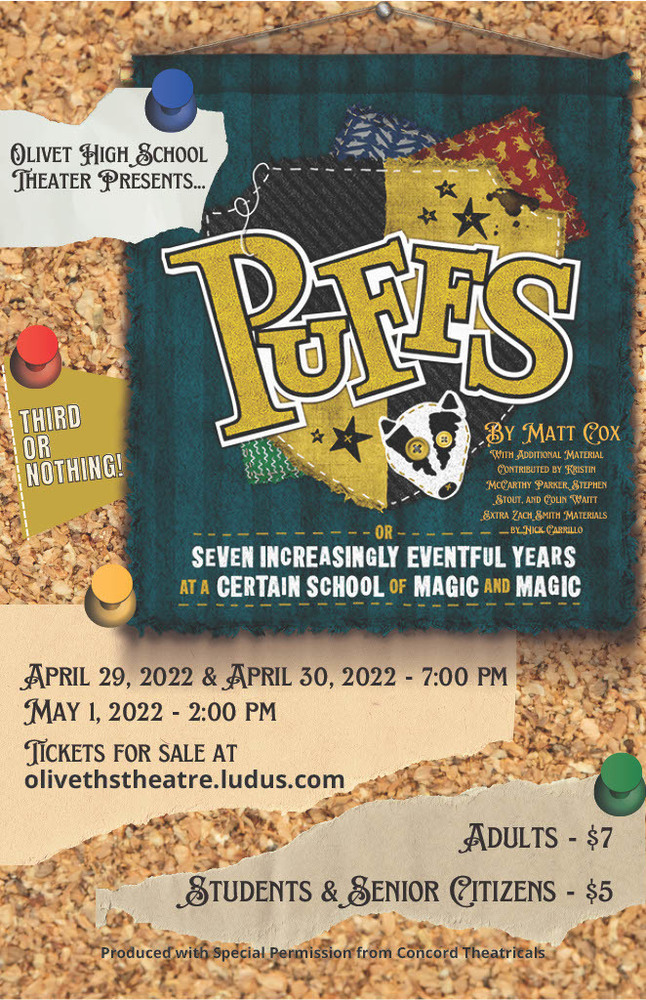 The OHS Theater will take the stage once again for its final show of the school year to present:  Puffs.

Puffs, or: Seven Increasingly Eventful Years at a Certain School of Magic & Magic  is the Off-Broadway comedy by Matt Cox that follows a group of well-meaning magical misfits during the times of that certain boy wizard.This Potter-inspired comedy is for anyone who has ever felt like a secondary character in someone else’s story. The play gives the audience a fresh look at a familiar adventure from the perspective of three new heroes trying to find their place in this world.  In this hilarious parody of a familiar story, this trio is just trying to make it through a magic school, a challenging feat indeed! Alongside them are the Puffs, a group of well-meaning, loyal outsiders searching for a place to belong. Their epic quest takes the classic story to new places and reimagines what a boy wizard hero can be.

Tickets will not be sold at the door, but are available for purchase anytime at: olivethstheatre.ludus.com